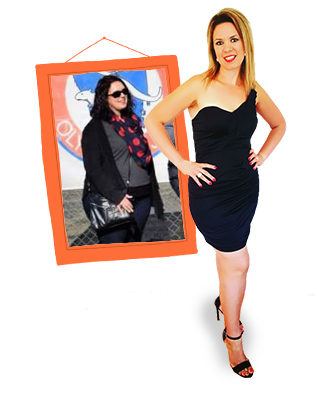 I have always struggled with my weight and have been on diets since I was a teenager.

A few years ago, I experienced a series of traumatic events, including losing my third child during pregnancy with subsequent infertility and a cancer scare, resulting in a nervous breakdown. As a result, I was put on medication and began a vicious cycle of emotional eating and drinking. These saw me gain a massive 25 kilos in 6 months.

I had tried everything and was always thinking about losing weight and how to do it. My boys both play soccer, and at the end of the season, they take a team photo. This particular year (September 2016) they decided to take it with the parents in the picture. I thought that was a fantastic idea until I received the laminated copy. I was devastated and embarrassed and couldn’t believe that was me. That’s when I decided I had to do something. I had read about the 1:1 Diet a few times in various magazines but decided this time I had no other option but to give it a go. It was the only thing I hadn’t tried!

Since going on the programme, I haven’t been to the doctor for the longest time apart from a general checkup the other day, and the doctor didn’t recognise me!

I can’t believe it took so long to find and try the 1:1 Diet. The one on one personalised consultations made the world of difference and kept me on track. As I had tried pretty much every weight loss plan out there, I loved that it was so quick and easy, there were so many product options, and the program was really simple.

Not only have I lost weight, but my family now eat healthier than they ever have before.

Back to all Success Stories

Fancy giving it a go?

Choose your personal diet Consultant for a big scoop of support while you lose that weight.